Showing posts from December, 2009
Show all

Here we are on the verge of a new decade, and we’re all burdened with the obligatory self-reflection that comes with the glorified holiday that is New Year’s. For many, the only change that will last is the hangover, and even that will hopefully be short lived. I’ll put aside my other posts for another day, and acknowledge the elephant in the room. Enter the obligatory “Top ______ of the Year” list! Since I’m not a huge fan of overrated milestones, or randomly ranking things, this post may come off more snarky than usual. I promise to be back to my chipper self in about 5 days. And my apologies for the lack of images, I'm in Australia, it's 90 degrees, I'm melting.(Images Updated, 1/1/10) Enjoy! 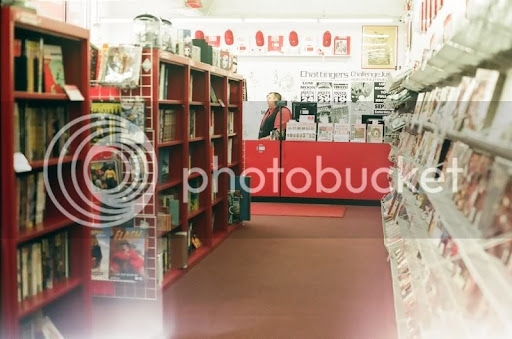 Here is Pat holding down the register. Challengers doesn't glow, that's just a light leak in my camera.

In showcasing comic book fans, and continuing with my favorite comic book store employees, I bring you the proprietor of Challengers Comics + Conversation, Pat Brower. Anyone who knows Pat will tell you, they are the luckier party.

Having opened Challengers with W. Dal Bush just a year and a half ago, Pat and company have already claimed a spot among the wide-ranging Chicago comic book scene (Chicagoans have an insane amount of stores to choose from). It’s a store that shares many qualities with Pat’s personality: instantly welcoming, eclectic, and often host to some killer parties. If you are in the Chicago area and have yet to visit Challengers, make the trip sooner rather than later – I guarantee it will become part of your comic book buying routine. But back to Pat! Even if you know him, you probably won’t ever have his taste in comics pegged. He could probably find a …
Read more

What's Old Is New Again....And Nothing Is Ever New

“I hope this is the first comic you’ve read in a while. I hope you found it on a shelf in a real bookstore somewhere, and took a chance. I hope a lot of people are picking up comic books for the first time.

You see, a lot of people think comic books are just for kids, like Saturday morning cartoons. And many of them are, though they’re usually better drawn and written. That’s great, but it’s hardly the whole story.

Maybe you’ve seen a story in your local newspaper or a spot on TV that told you about the new kinds of comics that are coming up, all kinds, many of which have the kind of intense character involvement and sophistication of plot that you’d expect from a novel. Maybe you’ve heard of Marvel’s Moonshadow or DC’s Watchmen. Comics are growing up, expanding the borders to include the kind of stories that people of any age might enjoy.

I hope you’ve enjoyed Wolverine. Chris and I had a lot of fun working on it. Just remember, if this is your first comic book in a while, that comi…
Read more 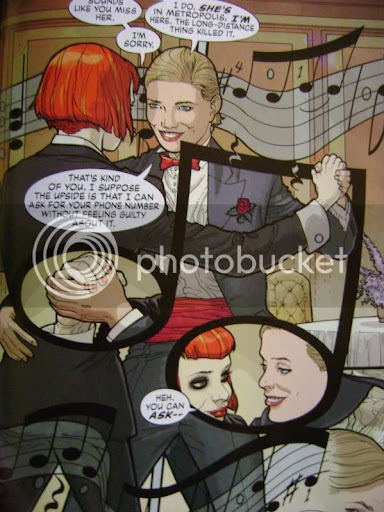 Partly inspired by Bryan Lee O’Malley’s recommended playlists for Scott Pilgrim, and partly showcasing a habit that many comic book readers share, I’d like to offer some comic book mix CD’s. This is a…risky venture. Musical tastes vary so widely, what I may find suitable listening for a book may in fact be offensive to other reader’s ears. I’m willing to take that risk, in the name of sharing passions, which is my reason for writing this blog in the first place!


If the title didn't already give it away, the first book to get the suggested listening is...Detective Comics!

I first got the idea to make this playlist when reading Detective on an airplane. Listening to my ipod on random, a song came on that was so insanely fitting, I made a mental note to share it with the eight of you who occasional read this blog. This playlist is specifically inspired by issues 854-857, the Elegy storyline featuring Batwoman fighting against the Wonderland inspired villain-ess Alice. Unlike a film s…
Read more 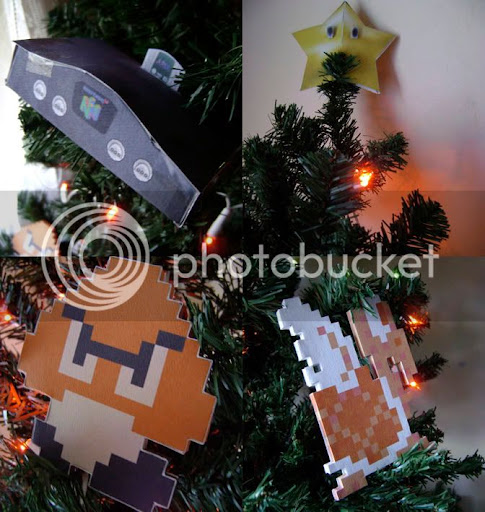 The fake Christmas tree is up, the John Coltrane is playing, the Nintendo DS is charged, these are a few of my favorite nerdy things. Santa went to Area 52 in Hobart and got me volumes 4 and 5 of Scott Pilgrim. Below are a few of my favorite moments from Scott Pilgrim, some of them feature video game references (there are many). They even quote Monkey Island in this book, a point and click adventure game released by Lucas Arts* in the early 90’s. Obscure? Yes. Satisfying to recognize? Indeed! In addition to gaming references, there are equal amounts of music and film references, from Scott’s various Smashing Pumpkin t-shirts to a blurred Gross Pointe Blank poster in the background. Bryan Lee O’Malley has even included a “recommended listening” playlist in the back of the last few volumes. But the pop culture references aren’t the only things that make this book so loveable. In between the arcade style ninja fights, there are some truly heartbreaking moments that these characters endu…
Read more

A Genuine Nerd - Part I 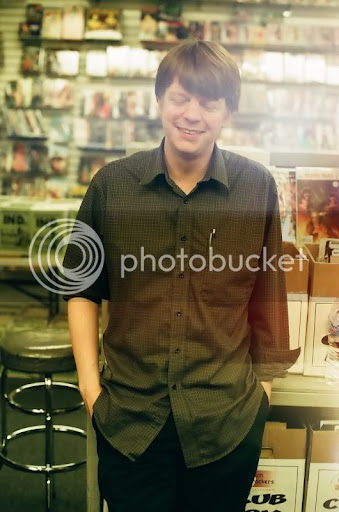 Lately I keep harping on about missing comic book stores in the states. It just goes to show how much actually visiting comic book stores on a regular basis effects my reading experience. Sure I'm getting plenty of reading in - I'm up to volume 4 of Scott Pilgrim - but I miss those fresh new books, talking to folks about them, seeing what sells out, and the satisfaction of knowing it will happen again the next Wednesday. Sitting in my apartment here in Tassie, unemployed and reading comics, makes for a very isolated existence.


In addition to the usual comic book banter, my last visits also involved a bit of photography. I took some portraits of comic book store employees (a few of them old co-workers) and asked them to give a recommendation to an imaginary first time comic book reader. It's a hard thing to do, even with a real live person in front of you to find out their interests...but I let these guys be as detailed as possible, even saying they could give recommendatio…
Read more
More posts