From Comics to Source Material to Comics

February 11, 2010
As comics continue to converge with other artistic realms, my tastes in other media frequently has an influence my comic book purchases. I enjoy listening to Tori Amos, so I read Comic Book Tattoo, a compilation of stories inspired by her songs. The same applies in reverse; I liked Joss Whedon’s Astonishing X-Men, so I finally broke down and watched Buffy (and loved it). One should take risks in order to discover new things, just as you shouldn’t base all purchasing decisions on Amazon’s “if you like this, you’d probably like this” suggestions. But I’m happy to say that reading comics has exposed me to a lot of new works, whether in films, novels, or music. Here are a handful of my cross-media discoveries:

Criminal (the comic) --- Hard Case Crime Novels
Some time ago there was an article in the back of an issue of Ed Brubaker and Sean Phillip’s Criminal about Hard Case Crime, a new publisher that’s been re-releasing classic pulp novels, in addition to contemporary writers’ takes on the crime genre. At the time the article intrigued me, but with so many great crime comics being released today, I felt like I was already getting plenty of noir in my reading diet. This past week I stumbled across one of Hard Case Crime’s re-releases, called Lucky At Cards by Lawrence Block (as seen at left with awesome new cover inspired by classic pulp novel artwork). I’m glad I took the time to give this book a chance, because reading just one example of the genre gave me a whole new appreciation for crime comics. And since this isn’t really a direct source material to Criminal, I wasn’t caught up in comparing a novel to its comic book counterpart. Rather, I could see how well contemporary comic writers like Brian Azarello (100 Bullets) and Ed Brubaker have been able to capture the essence of the crime genre, as originally written by authors like Block. The book also really makes me want to see a crime comic written about a card cheat, but with the contemporary treatment. I’ll definitely be keeping an eye out for other Hard Case Crime releases, as this genre just climbed up my list of must-reads.
Ender’s Game (the comic) --- Ender’s Game by Orson Scott Card

As mentioned previously (and frequently) in this blog, I have a weakness for science fiction books. Dune, Brave New World, 1984, Fahrenheit 451; they all hover at the top of my list of favorite books. Seeing a sci fi classic on the Marvel shelf was a no brainer purchase. Not only did I discover a great comic, but it also motivated me to finally read the original novels. Reading the Orson Scott Card classic gave me a real appreciation for the series as an adaptation. It’s being split into several minis, so readers can be grateful that little will be left out of the comics from the source material. A win / win scenario for fans of the book and the comics (my only regret is that I know how the series is going to end). I’m expecting Marvel’s upcoming adaptation of Philip K. Dick’s Electric Ant by David Mack to have a similar effect. 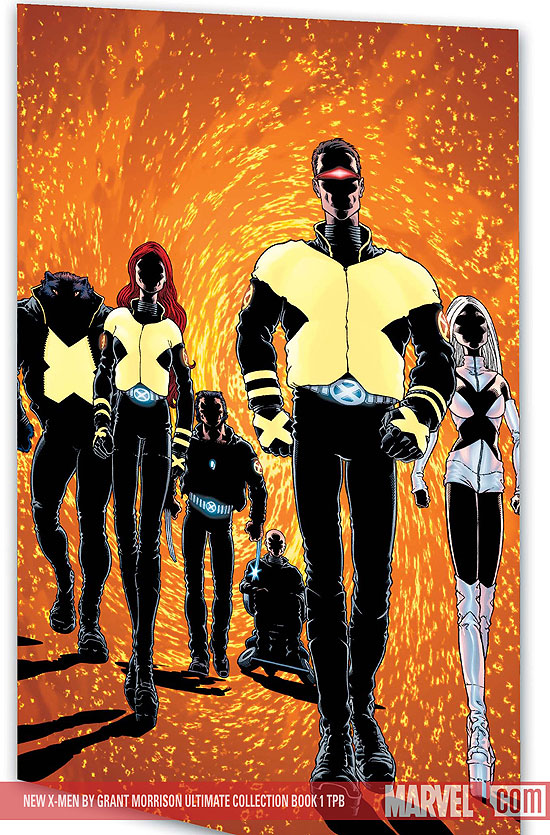 Fact! Up until the release of this film, I was very casual with my interest in comics. I only acquired comics when I happened to cross paths with someone looking to part ways with their old books. But then two very important things happened: I turned 16 and got a job. With mobility and expendable income, it only seemed natural to gravitate towards the local comic book store. Low and behold, I found a book where the X-Men were wearing leather. Like in the movie! (Congrats you evil geniuses at Marvel, you totally sold me on stylistically matching a book with its current film release…don’t count on it happening again). I also picked up less interesting fare during those experimental days, namely every other x-title, but who knows if I’d still be reading comics had I not been introduced to the genre with such a superbly written and well-drawn series? This book will always have a place in my nerdy heart for making me feel like it was written just for me, the new teenaged comic book reader. I still recommend this to first time x-book readers looking for a modern point of entry. Thanks Grant Morrison!

This one isn’t a total sell. I still don’t care for the band My Chemical Romance, but if I happened to be a tween goth girl, I may be singing another tune. I do, however, have a lot more respect for lead singer Gerard Way after reading the awesome Umbrella Academy series (currently available in two volumes), and I no longer dismiss this band as shallow fluff for depressed teens. They are shallow fluff for depressed teens – with a potential depth of which I am simply unaware. With a great writer as their lead singer, they deserve the benefit of the doubt, even if I still don’t enjoy their music.

American Splendor --- A Lot of Jazz

Enter a total sell. With some Miles Davis and a slew of blues singers like Ella Fitzgerald and Nina Simone as part of my collection, I’ve enjoyed the occasional jazz.  Reading about Harvey Pekar’s obsessive-compulsive love of the genre, and seeing the film American Splendor with its jazz packed soundtrack was the final shove I needed to start me exploring. The Dave Brubeck Quartet. John Coltrane. Thelonious Monk. I’m still working through the classics, but it’s been a worthwhile comic book related tangent.

These were natural progressions for me, but they may be a stretch for others. I’m betting on enthusiasm being contagious. I hope that what I write will occasionally inspire someone to pick up a book they wouldn’t normally consider reading, or listen to an album that might be a pleasant companion piece to their comic, or simply find entertainment in an unexpected place. That’s why I write this blog! And expect a whole lot of it in the future. I’m still in Tasmania, and I miss having a desk. My collection of comics back home, however meager it may be, serve as a wonderful source of images and inspiration. The local library is a temporary substitute for the comic book stores back home, and I’m missing those fresh Wednesday books. I’m two weeks away from returning to the states and it may be a while before I get back into the swing of things, but stick around, there is plenty more to be shared.
criminal cross media discoveries ed brubaker ender's game grant morrison hard case crime novels new x-men Umbrella Academy