December 04, 2011
So you know your girlfriend / best friend / co-worker reads comics and enjoys various nerd cultural phenomena, but you have no idea what to get them. Sound familiar? It's tough. These are the people that are most likely to buy themselves that highly sought after collectible. They know what they want, and that makes your job as gift giver a tough one. No fear! Here are some suggestions that will have your loved one feeling thankful and hopefully surprised. Enjoy more gift ideas after the jump!
Star Trek: The Next Generation - Next Level Blu-Ray 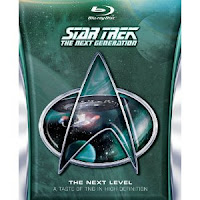 The box says it all: "A Taste of TNG in High Definition." This is a perfect gift for several reasons. It will not be released until January, so you know they won't have it, and it's something that not every Trekkie will get for themselves, but they will enjoy nonetheless. This sampler collection contains three classic episodes of Next Gen, the first to be re-mastered for blu-ray. Paramount will surely release a complete series of TNG on blu-ray in the future, but it will probably be astronomically expensive at first. Until then, this is the perfect gift to make that wait a little easier. Since this gift won't arrive before Christmas, here are some suitable alternatives / additional items:
Star Trek: The Next Generation Motion Picture Collection Blu-Ray 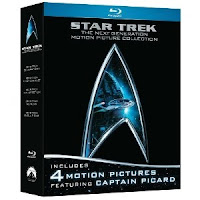 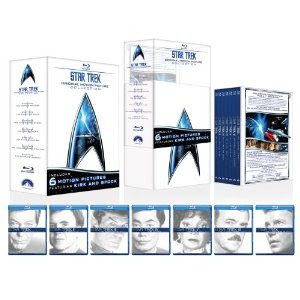 You may be familiar with Brandon Bird's work and not even know it. Several of his pieces are "internet famous", and all of them are wonderful works of art that will make unique gifts. Bird's work spans a wide range of subjects from his recent Jurassic Park piece to Law & Order: SVU portraits. These go beyond fan art as each print is memorable, humorous, and eye catching. Give your friend a print of "Nobody wants to play Sega with Harrison Ford" and it will sure to be a conversation starter. There is plenty more to buy on his site as well, with some of his pieces available as t-shirts, lunchboxes, sticker adventure sets, and coloring books, too. 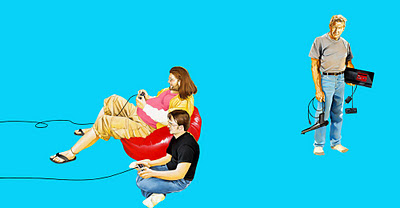 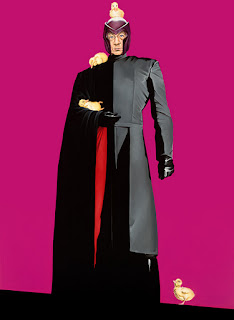 Handmade Doctor Who Gifts
Etsy users are kind of a geeky crowd. There's even a section called "geekery". Just searching for Doctor Who items resulted in 3,098 returns. There is a good chance your loved one doesn't have these item (they aren't mass produced) and with so many options, you're bound to find the perfect gift. Here are a few favorites:
Nyan Tardis Cross Stitch Pattern 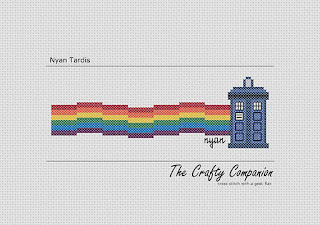 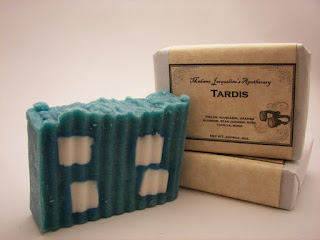 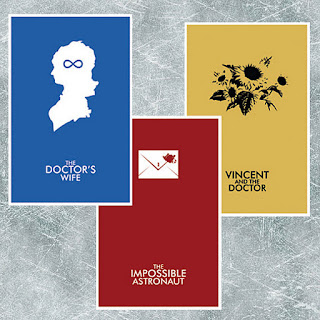 And though this is not from Etsy, it is my all time favorite fan made Doctor Who t-shirt design from Threadless: 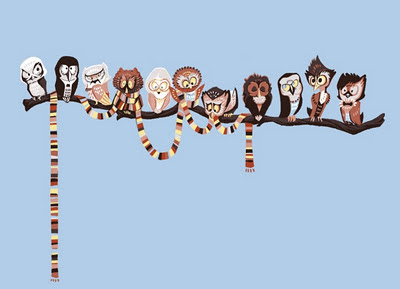 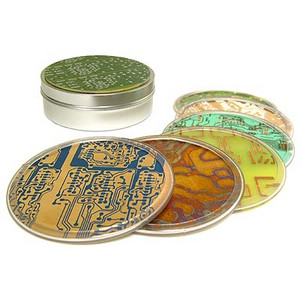 Most of us have a friend or two with a weakness for ale. Getting them a six pack of their favorite craft beer may be one option, but it's a gift that probably won't last long after being opened.  If your friend also happens to have a taste for steampunk, this will be a much appreciated gift. These stylish coasters made from recycled circuitboards don't have to be given with brews, either. These limited edition Guild Jones Sodas will look pretty swank, too (They have a Buffy set as well):

If your friend owns this, you would already know about it. If they don't, and you know them to be a big Guild fan, this will surely blow their mind. 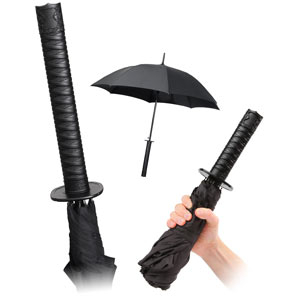 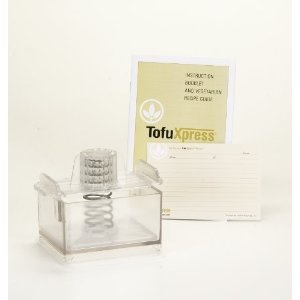 I have lots of vegetarian / vegan, / tofu loving friends. None of them have this. All of them would love this. It's a bit on the pricey side at $39.95, but from reading the reviews it sounds like a worthwhile investment!

The Settlers of Catan Board Game 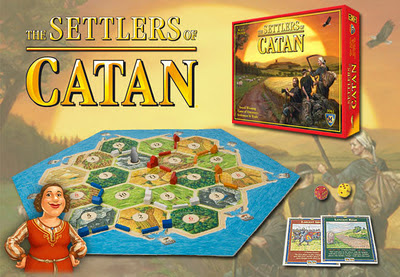 A board game sensation 40 years in the making, Settlers of Catan's popularity has finally reached the masses. Fans of this game will rave about the engaging and quick gameplay that focuses on the commerce, trade, and challenges of settling a new land. It's fun for the whole family, too! Purchase it directly through the Mayfair Games website or track it down in local gaming stores like Chicago's Dice Dojo where they host a gameboard night every Wednesday! 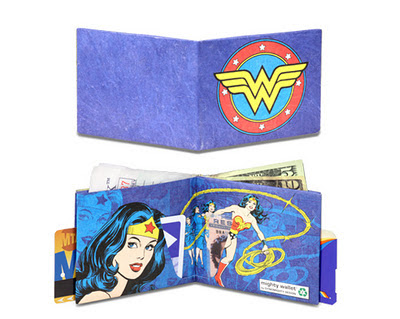 Notice your friend's wallet looking a little worse for wear? Get them a Mighty Wallet and they can pay for their comics in style! These inexpensive, yet strong wallets come in numerous designs from comic book logos (at least DC) to television screengrabs. Many local comic stores are also beginning to stock these, so check with them first! 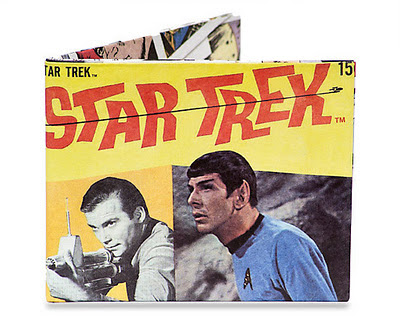 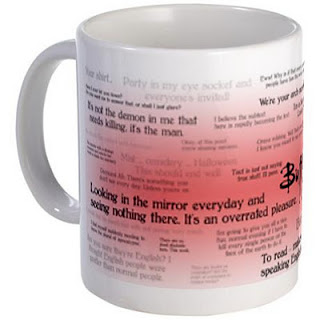 Give a Whedonesque cup of joe to your loved one or co-worker with this wonderfully uplifting mug. What better way to start your day than a coffee and quick quips from everyone's favorite vampire slayer series? 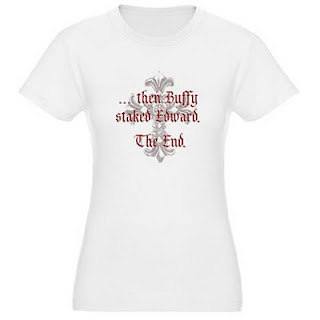 These are just a few of my favorites, but they have many. 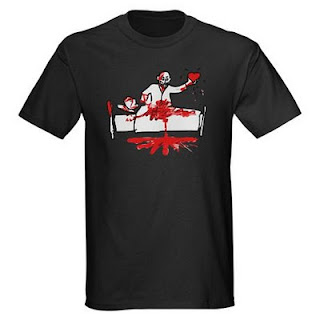 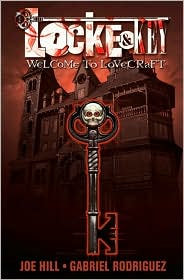 And finally, comics themselves make a pretty good gift, too. If you give one book away this year, let it be Joe Hill and Gabriel Rodriguez's Locke & Key. It's a good series for someone that has read Sandman but doesn't know where to go next, as well as the "haven't read comics before, but want to get into them" kind of reader. After their father is murdered, the Locke family moves in to his childhood home located across the country in a town called Lovecraft. What they uncover leads to more questions than answers about their father's death. The book is truly magical, and I can't recommend this series enough. The link above is for Amazon.com, but I would encourage you to check with your local comic shop first. If they don't carry this series, you may want to reconsider your retail choice.
buffy chanuka christmas comics gifts graphic novels locke and key retail star trek t-shirts